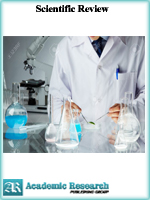 Authors: P. K. Olulope ; A. O. Adeleye ; A. B. Amomoh
Pages: 44-52
Abstract
The continuous research in the area of renewable energy technology to substitute the unsustainable nature of fossil fuel in terms of it future availability and negative environmental impact created by fossil fuel has ensure the explore of solar energy as a good alternative. Dye sensitized solar cells (DSSCs) serve to be a good alternative means of producing photovoltaic solar cell. This work reports the working principle and construction process of dye-sensitized solar cell. A synthesized dye (Ruthenium oxide) and an iodide electrolyte were used for better performance based on already researched work. Also, this work reports the evaluation process with results recorded by the produced solar cell within 6:00am (GMT) and 6:00pm (GMT) for selected days. The results from the evaluation process show a better performance of a dye-sensitized solar cell in low and normal sunny day. The solar cell has a good performance at 12:00noon with a 0.5V output.

The Mystical Corrections on the Fractional Binomial Expansion

Authors: Wali C. C. ; Oluwatayo B. ; Kolawole T. ; Iniodu C. ; George U. E.
Pages: 34-39
Abstract
Acalypha wilkesiana is an ornamental plant that is generally referred to as copper leaf and it is a shrub with mostly glossy green or red leaves. It is used in the management of fever in infants locally.  Wistar rats weighing 150-200g were divided into six groups (n=5).  Group 1 (control) was administered brewer’s yeast (40mg/kg) , group 2 was administered brewer’s yeast and aspirin (100mg/kg), while groups 3, 4 and 5 were administered 100, 200 and 300mg/kg of Acalypha wilkesiana respectively. Initial rectal temperature was taken before admistration of brewer’s yeast. Brewer’s yeast was injected subcutaneously to induce fever in the test groups.  Temperature was measured after 18hours using rectal thermometer at 0, 1, 2, 3 and 4 hours after the extract and standard drug were administered. Group 5, 4 and 3 (300mg/kg, 200mg/kg and 100mg/kg) significantly reduced brewer’s yeast induced pyrexia, (36.46±0.21, 36.90±0.31 and36.84±0.22), when compared with the positive control (brewer’s yeast) (37.96±0.22). Group 2 (Aspirin 100mg/kg) also showed significantly reduced brewer’s yeast induced pyrexia (36.88 ±0.22) when compared with the positive control (brewer’s yeast) (37.96±0.22).  This study shows that the antipyretic effect of Acalypha wilkesiana is dose dependent, being most effective at the high dose (300mg/kg). This suggests that the methanolic extract of Acalypha wilkesiana leaves possesses significant antipyretic activity which is dose dependent and its mechanism could be due to the presence of flavonoids, saponins and alkaloids.